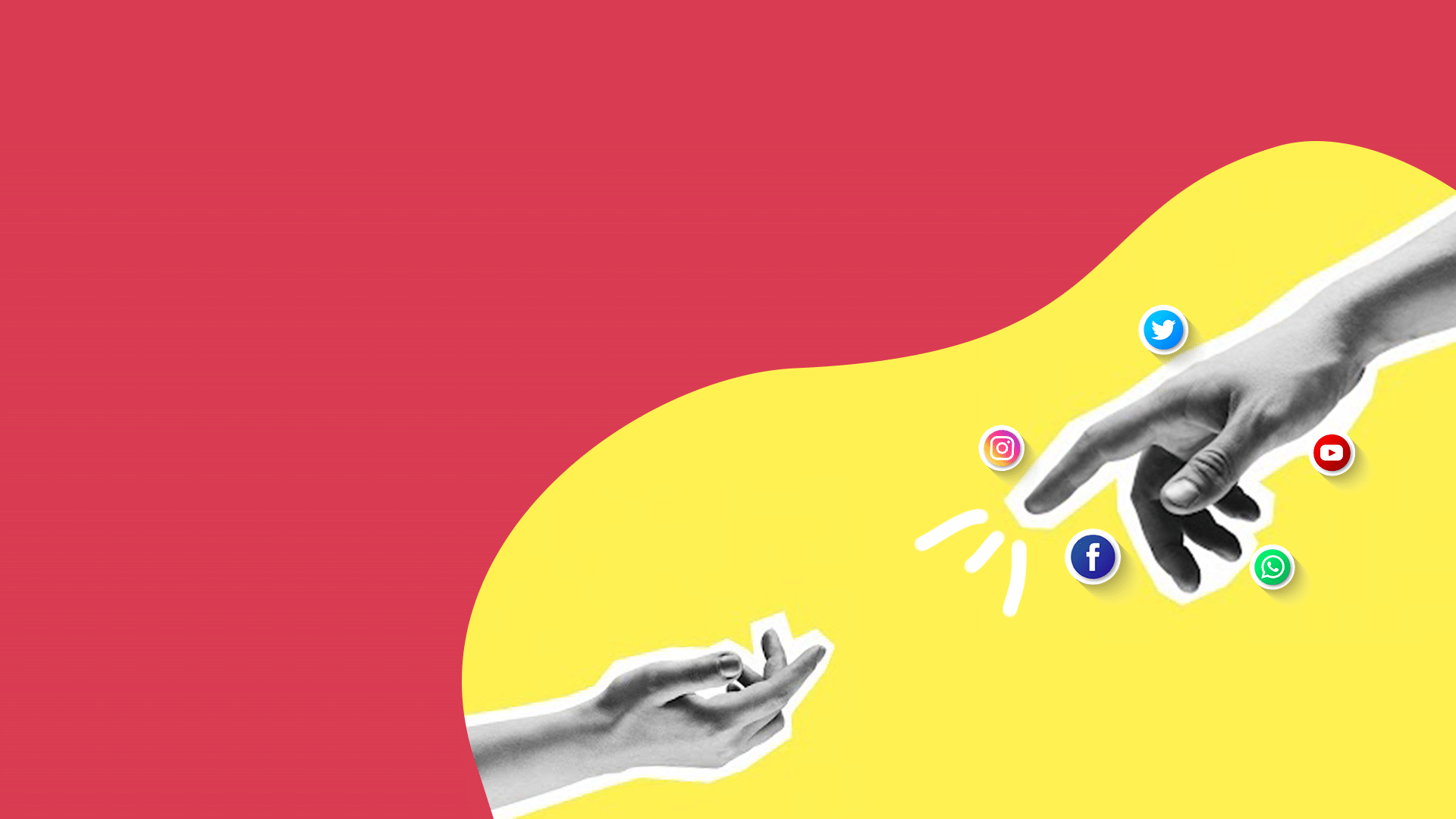 Although we’ve heard of algorithms, the truth is that it’s not a very explicit topic on social platforms – even though it determines everything we see.

Why do we hear so much, but know so little about how it works? How does it shape our experiences and what impact does it have on the lives of digital influencers and those who have online business?

Although we’ve heard of algorithms, the truth is that it’s not a very explicit topic on social platforms – even though it determines everything we see.

Why do we hear so much, but know so little about how it works? How does it shape our experiences and what impact does it have on the lives of digital influencers and those who have online business?

The omnipresence of the Algorithm

In the era we live in, algorithms are ubiquitous, because every day we use devices that work through them: smartphones, smart TV’s, computers, tablets, smartwatches, among other gadgets. As we use them, we leave a backlog of data – which will be carefully organized and developed by the so-called algorithms.

From the perspective of the “everyday” user, who quietly navigates the internet, a broader and deeper perspective on the performance of algorithms and their influence on our lives (which pervades the digital sphere) begins  to give rise to several  questions about the algorithmic power  – and so say those who have online business, whose prosperity depends on the Algorithm.

It seems evident that algorithms are molding our reality and even our personality.  Hence our reflection of the analogy of an algorithm to a God.

A brief definition of Algorithm

In the technological environment, and in a simplistic way, the algorithm is a mathematical model that follows a pattern, based on a data set. This pattern is repeated, and if errors arise, they are corrected and improved through Artificial Intelligence.

In the beginning there was the Verb: the creation of the algorithm

In this uncomplicated video, Cathy O’Neil, an irreverent scientist in the field of big data, describes how algorithms work. In addition to reiterating that it is based on a data set (our online activity) she adds that the second main element is the purpose of this algorithm (defined by who built it, and who incorporates its interests and values), which changes everything: 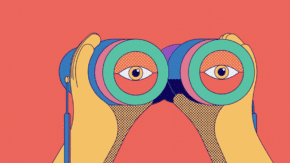 Video: The Truth About Algorithms by Cathy O’Neil

When we speak of “Algorithm,” we usually associate it with the algorithm of recommendation, much developed by Google and social networks – where they increasingly place all their bets.

Again, through our online activity (what we searched, how we reacted, who we interact with, what we liked, what comments we made and where, what pages we abandoned, what we heard, what we bought, etc.), the algorithm does the mapping to present us with relevant content, to the detriment of another. Dynamically (and certainly due to the preferences demonstrated by users), there are some criteria to be considered in social networks.

The Commandments of the Social Media Algorithm

The Social Networking Algorithm is essentially governed by four principles for presenting potentially relevant content to a given user:

Important to take into account that this is a general approach, because, in essence, each social network has its algorithmic specificities. For example, some say that TikTok has a more advanced Algorithm than competitors, and that it allows users to reach a large audience even without having many followers.

The various faces of the Algorithm

For the everyday user

A reality recommended by algorithms

Everything we do online, therefore, counts. On the one hand, this leads to an optimization of our online experience, because the information is more personalized, which saves us time and provides interesting discoveries.

In addition, it facilitates integration into the social and political dialogue with which we identify – either through the communities we find on social networks as well as other platforms, and sometimes even outside the digital environment.

On the other hand, from a more human, less digital perspective, it is food for thought: how is our reality shaped based on these recommendations? To what extent are we aware of this algorithmic power in our daily life?

For influencers (and for brands)

The challenge of digital influencers, especially when working in partnership with brands, is not easy: they have to create authentic content, satisfy the interests of the brands that sponsor them, and at the same time follow the compass dictated by numerical logic.  Their success depends on their digital visibility, which needs to abide by at least those four principles/commandments mentioned above.

And it is at this point that the Algorithm emerges as a kind of God, who either rewards or punishes. In this case, the reward is related to the visibility that influencers receive if they meet the requirements (which also include the Community Guidelines).

When their performance in the digital sphere comes under the threat of algorithm invisibility, influencers more aware of the algorithmic power and willing to confront it, partly for lack of an alternative, enter the “game of visibility”.

In  an article dedicated to this topic, American researcher Kelley Cotter notes that while influencers recognize that the number of followers and interaction rates dictate visibility, their approaches to the algorithm diverge. While some bet on a more personal interaction with their followers and potential followers, enhancing their authenticity before the Algorithm, others try to prove their popularity by emphasizing their personal achievements to you.

After all, who dictates the rules of the game on social networks?

There is, therefore, some room for manoeuvre for users – in this case, digital influencers – to stand out on social networks, moving strategically according to algorithmic guidelines.

But if the algorithmic system is based on the expectations of the behavior of users and they manipulate it, how can the Algorithm interpret the results effectively? Are the influencers breaking the rules of the game?

In the same article, Cotter clearly states that he does not.  On the contrary, they act according to the rules, recognizing that it is a means to achieve an end (i.e., their visibility), even if one does lose some spirit of the game in the process.

Indeed, the “rules of the game” are also made available (or omitted) by the platforms themselves in a strategic manner, in the “Terms of Use”. And they will obviously, be sustained by the algorithmic architecture.  Additionally, through the feedback loop that the platforms transmit to the algorithm, the guidelines also change.

And it is through this dynamic that the Algorithm, like God punishes the disbelievers, taking visibility away from those who do not follow its rules. Therefore, it is useless to try to demonize the influencers.

The future of algorithms, influencers, and humanity

Whether you’re an influencer or an everyday user, it’s clear that we only see what platforms want us to see, given the limitation of information that’s within our reach. Consequently, this conditions our reality.

This is precisely one of the most interesting points of Cotter’s article: the allusion to the “technological unconscious” produced by the algorithm. It exercises power over our daily life without realising it, creating a social phenomenon that makes us believe in something, regardless of whether it is true.

Deep down, it’s not surprising, given that algorithms are developed in a way that recreates human intelligence itself.

Trust the Algorithm and don’t run…

Returning to Cathy O’Neil, the data scientist, she categorically states that algorithms are mathematical-based opinions, not facts – as we tend to believe. Guided by her assertiveness, she declares that private companies create private algorithms for private purposes, too. That is, algorithms lead to private power.

And for that very reason, and more elaborately, in a TED Talk about big data, O’Neil warns of the danger of relying too much on the algorithm, which tends to be used over a long period of time and not necessarily reliable. It ceases to be because, in the meantime, reality changes and the mathematical formula becomes obsolete – and often unfair.

Thus, those who use the digital medium for commercial purposes, whether brands or influencers, need to dose their performance, not devoting themselves entirely to algorithmic rules, in order not to be at their merciless judgment.

This brings us to the ethical question.  If algorithms are part of the daily life of the masses, but are created by a small group, who want to achieve a certain goal/profit, how can we guarantee the moral preservation of what is deliberately shown to us, with a predictable impact, especially in the younger generation?  If authenticity is expected from the influencers, we must also demand that the great technologies act according to ethical principles.

Where does all this take us?

To some extent, the Algorithm is very convenient to us in the day-to-day, when it filters information and recommends interesting content that, who knows, we would never discover otherwise.

But we must recognize that every time we renounce the privacy of our data in exchange for access to content of the moment or subscriptions on web pages, we are, so to speak, “selling our soul” to the Algorithm.

Although the algorithms do not act unilaterally, thanks to the dynamics that exist between them, the users and the platforms that connect them, it is crucial to be aware that, as we passively access the recommendations of the Algorithm, we are increasingly transferring the power to decide for ourselves.  Not only what we see and hear, but also who we relate to, what we buy and ultimately how we think and behave. Because in the process, we’re disconnecting ourselves from ourselves, from our consciousness.

Between intelligence and human consciousness

As much as algorithms and Artificial Intelligence are evolving at an unprecedented rate, behind the machines are still people – individuals with power, true, but made of flesh and blood like everyone else.

Perhaps the solution is to consciously decide who we give our power to, and how much: what information do I choose to share? What images? How do I feed my social media profile? Which cookies do I choose to accept? Which websites do I decide to visit and use as an online shopping platform?

As in life outside of digital, we have to make choices every day. And in the case of influencers, an answer may be to accept that, just as life has ups and downs, because everything is impermanent and there are external conditions that surpass us, also the Algorithm can change unpredictably. So maybe it’s not worth trying to follow them blindly, as if they were a deity.

Finally, for those who are interested in the theme of algorithms, here is a reading suggestion – (which, in part, served as the basis for this reflection). This is the book “Homo Deus”, by the acclaimed Yuval Noah Harris.  It explores the evolution of humanity, Noah Harris addresses “dataism”, a kind of new religion that is based on the flow of data and the value of each and every thing according to their participation in data processing.

Welcome to the future: How NFTs are revolutionizing the technology of this generation